Before meeting the architect:

Have you heard of Auroville?… Now I have my general plan, I am waiting for the architect…….

This central point is a park…a park with water and trees… water, if possible running water, and if possible a small waterfall…. From a practical point of view it would be good: at the edge, outside the park, we could build reservoirs that would provide water to the residents.…

The greatest difficulty is the water, because there is no river nearby, up there. But they are already trying to channel the rivers; there was even a project to channel water from the Himalayas across the whole of India: X had made a plan and had spoken about it in Delhi; they objected that it would be rather expensive, obviously! But, anyway, even without such grandiose things, something must be done to supply the water. That will be the greatest difficulty; that will take the most time. All the rest, light, power, will be done on the spot in the industrial section — but water cannot be made! The Americans have seriously thought of finding a way to use sea-water, because the earth no longer has enough drinking water for man — the water which they call “fresh”: it is ironical; the amount of water is not enough for the needs of man, so they have already started chemical experiments on a large scale to transform sea-water and make it utilizable — obviously, that would be the solution to the problem.

But that already exists.

It exists, but not on a sufficiently large scale.

It does in Israel.

Do they do that in Israel? Do they use sea-water? Obviously, that would be the solution — the sea is there. We shall see. It would have to be brought up.

..the Mother’s Pavilion. This will be a separate island surrounded by a lake, tall trees, gardens with various kinds of flowers…

The Park of Unity will be divided into twelve gardens, which will represent the twelve attributes of the Supreme Mother. In these gardens I would like to have various kinds of flowers – especially the different types of hibiscus – the Divine Consciousness….

On the other side, towards the boundary of the gardens, I wish to have a lake… When the lake will be dug, all the soil will be collected on one side in order to make it look like a mountain where there will be fir-trees.

After meeting the architect:

Mother: The Park of Unity must be surrounded by a sort of isolating zone so that it is aloof and silent. Accessible only with permission

Roger’s idea is to have an island at the centre, surrounded by water, running water which will be used for the city’s whole water supply, and when it has flowed through, it will…pass through…a plant… and it will go to irrigate all the cultivated lands around. So the centre is like an islet…

There are material difficulties, for the islet we need water, otherwise naturally, it is not an islet! As far as water goes it will have to be transformed   – there isn’t enough underground water… anyway not enough to create a permanent flow. We would need transformed sea water. In Israel they have found a way…but you understand, economic for a city, not economic for an individual, so then, we would need to have water to make this islet…

Q: …I wonder if Auroville will be built according to your vision, or according to the vision of human beings! There seems to be little harmony, unity peace and understanding between people. Moreover there is no money at all….I have heard that there would be no lake around the Matrimandir…

“The technical conception of the city should be that of 2060.”

These are the exact words of the Mother.

But problem No.1 is Water

Drinking water and water for irrigation

A lot is received from rain: 1,400 mm per year on average, but is concentrated in a very short time period. It mostly drains away, does not infiltrate, and the rest fills a network of irrigation for a few months before it totally evaporates.

The water needs necessitated by a modern town of 50,000 inhabitants, if we count approximately 400 liters per person, per day, that is considerable.

The use of the existing wells that we find in the region will not even be sufficient to even meet the needs of the first phase of the construction of Auroville, it will be necessary to fall back on a desalination unit of sea water.

Collection of rain water from appropriate terraces will become possible.

The sun shall also be utilized as much as possible as an energy source. The problem of hot water for sanitary use as well as cooling installations and air conditioning shall be managed by using solar energy.

Certain industrial activities, particularly those that require the use of ovens, will also use solar energy.

Finally, the rapid evolution of techniques in the coming years will determine the choice of energy to be used, taking in account the economic feasibilities and adaptability.

We are studying solar roofs that would allow each separate house to enjoy its own production of energy. Wouldn’t it be a beautiful symbol of the global, solar consciousness that wants to manifest in Auroville? 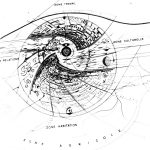 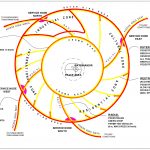